Paella has bits of everything I love: rice, seafood, and most importantly socarrat: crispy crunchy toasted rice bits.

Have you ever been obsessed with a dish even though you’ve never eaten it? For me, that dish was paella. It was one of those food bucket list items – I don’t remember how or why I became so obsessed with having paella from its birthplace of Valencia, but I’m pretty sure it has something to do with the fact that paella is so pretty and such an iconic dish. It’s so iconic that people around the world think of it as the quintessential Spanish dish, even though it’s actually more Valencian. I mean, Valencia is in Spain, so it’s all good to me.

A couple of years ago Mike and I went to Valencia and the first thing we ate was paella! We literally got off the train and went to a paella restaurant. On the way there, there were a bunch of Valencian orange trees that had some pretty tempting looking oranges but apparently the orange trees that line the streets of Valencia are not the same sweet ones that they use for juice. Anyway, the paella in Spain was as good as I imagined. So good that all of our meals in Valencia were either paella or Spanish churros dipped in chocolate.

The paella was all things good: juicy seasoned meats, tender-crisp beans, and the best part, saffron scented rice with crispy toasty rice bits. It was a dream come true.

Paella, pronounced pay-EH-yah! is a rice dish made in a shallow, wide pan over an open fire. Paella means “frying pan” in Valencian. Traditionally, paella includes short grain rice, green beans, rabbit, chicken, and saffron, but nowadays there are a huge number of variations, from seafood to vegetarian. I made a mixta paella here, which is essentially a mixed paella that has meat, seafood, and vegetables.

How to make paella

Because paella is truly all about the rice, the rice is the most important ingredient. Bomba rice, from Spain, is the best choice. It absorbs 3 times as much liquid than regular rice giving it 3 times as much flavor when all the liquid is absorbed. Plus cooked right, it stays firm and al dente. You can usually find bomba rice at Whole Foods or online.

There’s a lot of controversy about what kind of protein goes into paella. If you’re not super concerned about authenticity you can customize your paella and put anything you want it. If you’re going with chorizo try to get a Spanish chorizo, which is dried and cured. But if you only have Mexican chorizo available, I think that’s okay too. Purists say that chorizo will overwhelm the other flavors, but we’ve had multiple paella in Valencia with (and without) chorizo, so it’s a personal choice. Other proteins you can use include chicken, pork, seafood, or really, anything you can dream of.

Most paella has vegetables in it, especially the paella we had while we were in Valencia. Usually it’s some sort of green bean, a variety that isn’t so common here in North America. You can sub in other green beans, add peppers, asparagus, artichokes, peas, olives, beans, chickpeas, really, it’s like the proteins, go wild!

A nicely seasoned stock as this is what’s going to add flavor to the insides of your bomba rice. That being said, if you’re salt adverse, I would do low sodium stock and then season afterwards. If you have the time, make a homemade seafood/shellfish or chicken stock, which makes it even easier to control the seasoning and flavor.

Saffron is what gives paella its gorgeous golden hue. The orange-red threads are earthy, floral, and add a distinct flavor. Saffron is one of the most expensive spices in the world. You only need about 1/2 teaspoon but it definitely adds to the overall flavor, so don’t skip out on it. Look for saffron threads that are deep red-orange and evenly colored. Saffron is sold in most large grocery stores and specialty food stores.

If you want the all important toasty rice bits, or socarrat, you’re going to need a paella pan. The width of a paella pan helps with rice distribution, ensuring that the rice cooks in a thin layer. A pan that feeds two is generally about 10-12 inches and a pan that serves eight is about 18 inches. The most popular pan sizes are 14 and 16 inches, which feed 4-6. Which size pan you get depends on how many people you plan to feed.

The wider the pan, the more people it feeds. They even have pans that are 4 feet wide! Years ago, around Christmas, Mike and I were in London and we saw two giant paella pans at Covent Garden. The saffron deliciousness wafting through the chilly air was so tempting so we decided to join the huge queue for a taste. I’m sure Hola Paella (now closed forever) wasn’t the most authentic paella in London, but it attracted a lot of attention and was a perfect snack to warm us up on a cold day.

What if I don’t have a paella pan?

What rice should I use?

Paella should be made with Bomba or Calasparra rice, medium grain rices grown in Spain. Spanish rice is chubby and round, ideal for absorbing large amounts of liquid while still staying somewhat firm. You want your rice kernels stay separate and not creamy or mushy.

The rice really is the best part of a paella. I can eat loads and loads of that smoky, saffron flavoured rice and I have. I made a giant pan for Mike, myself and a good friend thinking there would definitely be leftovers (I used a pan that serves 6-8), but the three of us polished it off in one sitting. We totally fell into simultaneous food comas afterwards, but it was worth it. The best part was that there was more than enough socarrat to go around.

Socarrat is the essential layer of crispy crunchy toasted rice at the bottom of the pan when you cook your paella just right. Most people consider it the best parts. It’s caramelized and toasty and nutty and has all the flavors of paella concentrated.

What are the different kinds of paella?

Should you presoak the rice?

There’s no reason to soak the rice. Soaking the rice will make it more likely to be overcooked and mushy.

Do you stir while cooking?

Nope, no stirring required. Paella is not risotto and stirring will give your rice a creamy texture instead of the crispy socarrat you’re looking for.

Do you cover the pan when cooking?

Unlike other rice dishes, you don’t need to cover the pan. The rice can only reach its signature al dente texture if the moisture can escape. This also makes the best the crispy socarrat.

What is paella sauce?

In Valencia, no paella is complete without a side of paella sauce or garlic aioli. The creamy, garlicky sauce is reminiscent of mayo and goes perfectly with the smoky, flavorful rice. To make garlic aioli, place 1 cup neutral oil, 1 egg yolk, 1 tbsp dijon, 2 tsp lemon juice, and 1 clove garlic into an immersion blender cup. Use an immersion blender and blend until combined and thick. Season with salt to taste.

The best way to reheat paella is in a pan on the stove top. Take the leftovers out of the fridge and let it come to room temp for about 30 minutes before you reheat. Heat a bit of oil in a frying pan over medium heat, then spread out the paella. Let it crisp, stirring occasionally until it is heated through. You can also heat it up in the microwave, stirring and heating as needed, about 1-2 minute on high.

What else can I use a paella pan for?

You can use it for cooking anything that will do well with a wide, flat cooking surface. It’s perfect for searing meats, using as a roasting pan, or even stir-fry.

I hope you guys give this recipe a try.
smoky saffron rice and crispy bits forever,
xoxo steph

Paella even has its own emoji ? – it NEEDS to be made and eaten.

Paella is totally customizable so feel free to make this dish vegetarian, all seafood, or all meats.
You also can grate the tomatoes on the largest holes of a box grater. Be careful and discard the skin afterwards. 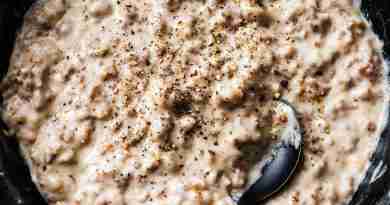 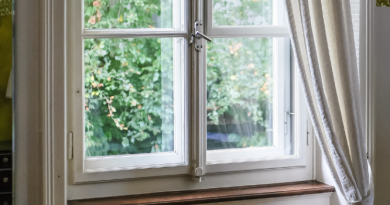 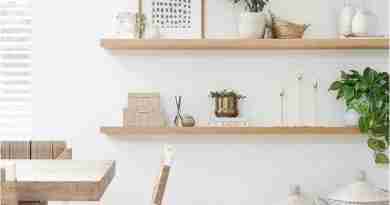