We’ve all heard about the on-fire housing market and how it’s positioned sellers to ask for much while conceding little. But just how much are sellers in the current market really reaping hefty benefits? How are they feeling about the selling process? What desired outcomes are guiding their selling decisions? Homes.com surveyed 1,600 respondents from across the country to find out.

The current market is paying hefty dividends for sellers, prompting many homeowners to put their homes up for sale sooner than planned to take advantage of market conditions. Our survey found that 82% of homeowners who sold in the last six months accepted offers at listing price (33%) or above (49%), nearly half of them sold in less than a month, and a quarter of them had five or fewer showings before finding a buyer — reflecting both the low supply of available homes and the rush to buy when new listings hit the market. 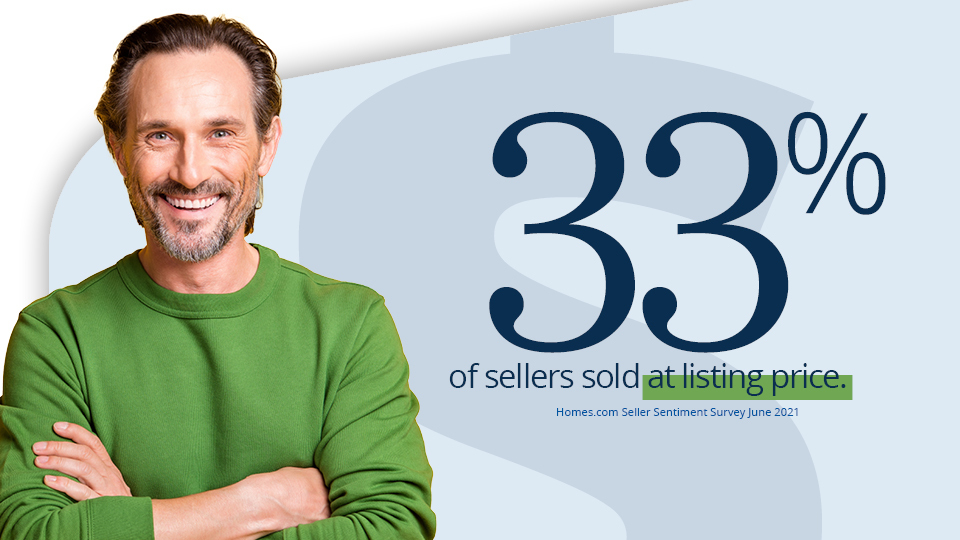 One of the major hesitancies homeowners have in today’s market is a concern about low inventory — and for good reason! Who wants to sell their home without the guarantee of finding another home to buy? But, as our survey found out, this wasn’t as big a problem as might be expected.

Significantly, of the sellers we surveyed who intended to sell and immediately buy a new home to move into, 86% were able to do just that, despite limited inventory. The rest cited a move into rentership while continuing to house shop.

Of the sellers who didn’t have any plans to buy after selling, 24% said they moved into their secondary home, 19% had already purchased a new home build and rented while waiting for construction to complete, 11% began renting simply because they wanted to, and 9% decided to move in with family or friends. Sellers haven’t just enjoyed the success of buying new property; they’ve also reaped the benefits of smooth selling processes. Looking at finances, our survey found that 49% sold above listing price, while 33% of sellers sold at their original listing price. In fact, 27% wound up accepting offers $10,000, even $20,000+ higher than their requested sale price. Cha-ching! 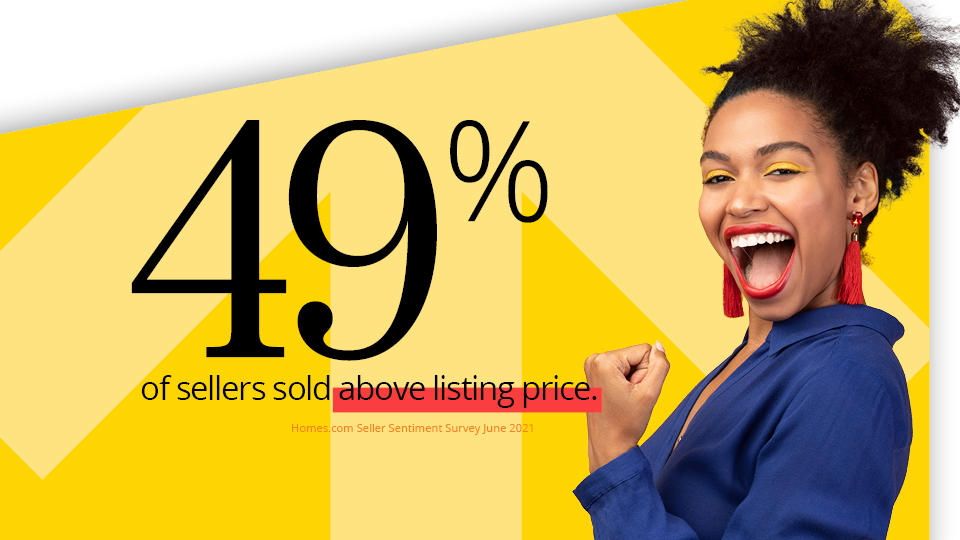 Glancing at the process between listing and offer acceptance, 27% of sellers said they had five or fewer in-person showings before selling, while 26% had between six and ten. Amazingly, nearly 10% had no in-person showings at all. But, this is perhaps not as surprising as it might be in previous years; thanks to the growing prevalence of virtual tours, there’s been an upward trend in buyers’ openness to purchase a home sight unseen.

We also found a strong correlation between the number of showings sellers’ homes had, and the number of offers they received. A third of sellers said they sold their homes within the first five offers received, and nearly two-thirds wound up selling within the first 10. This roughly correlates to the number of showings, indicating that sellers received bids after virtually every walkthrough. It also offers a glance into why homes are flying so quickly off the market so soon after being listed!

If you’ve been on the hunt for a new home, you’ve likely encountered this scenario: you find a home you love, you schedule a tour for as soon as you can, but by the time you get there, the home has already been sold. You’re in good company; this blink-and-you-miss-it issue has been plaguing buyers across the country for months, and doesn’t show signs of slowing down!

Another story dominating headlines in the real estate sphere lately has been just how much power sellers have over the purchase process. A mix of sharp demand and low inventory have left sellers holding all the cards, and our survey found they’re using them to their full advantage!

Many of the sellers surveyed indicated they refused consideration of contingencies and other strings-attached offers; 28% of them required all-cash payments, no contingencies and/or less than 30 days to close, while 14% opted for selling their homes completely “as is,” leaving buyers without the flexibility available in less competitive markets.

Interestingly, we found that they were more amenable to making repairs requested after showings or home inspections, with 56% agreeing to perform repairs, upgrades or replacement requested by buyers as a condition of sale. Of those who made those adjustments, 34% spent $10,000 or more, but one in four were able to recoup those costs by selling for $10,000 or more over listing price.

Why Did They Sell in the First Place?

As if the initial adjustments to pandemic life weren’t stressful enough, our survey found that COVID-19 challenges were major drivers for homeowners deciding to sell; 43% cited financial impacts from the pandemic as their primary reason for selling. Other reasons included job relocation (14%), upsizing or downsizing needs (14%), a desire to move to another neighborhood (8%), retirement (4%) or a transition to remote working providing the option to relocate (4%). 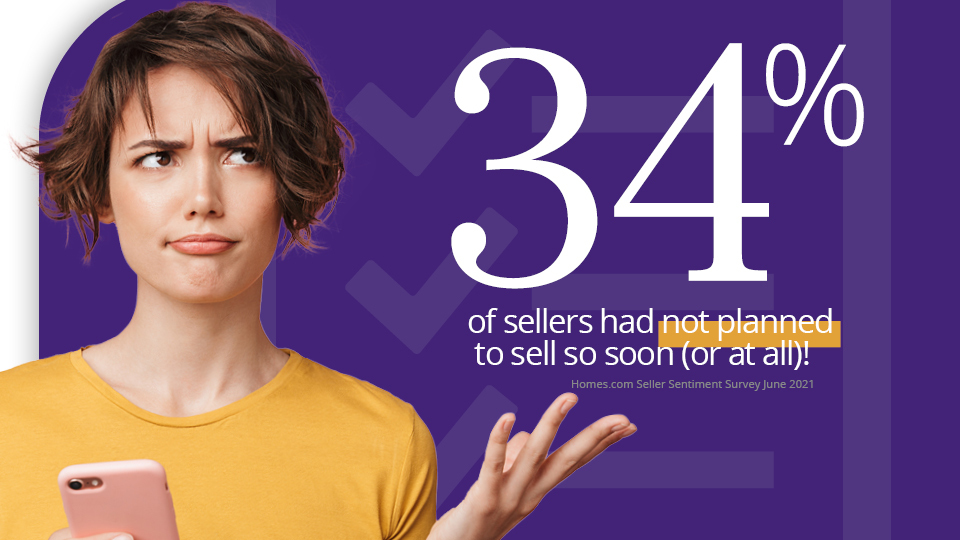 For many sellers, the market itself was influential in their process, with one in three entering the market only because they saw the opportunity to sell quickly and profitably. Twenty-three percent said their local market opportunities sped up their planned timeline to sell, while a surprising 11% actually hadn’t planned to sell at all, but changed their minds in hopes of cashing in on the booming demand. And yes, this did happen; 5% actually received unsolicited offers on their homes, and they wound up selling them! Get ahead in life by being noticed!

What Can We Expect Moving Forward?

It’s not likely we’ll see immediate relief from this blistering market any time soon; however, Homes.com will continue this survey series with a focus on homeowners who are planning to sell in the coming months. What types of homes will they be listing? At what price will their homes be listed? Will they be more willing to negotiate terms? Stay tuned to find out!

In the meantime, if the market hasn’t deterred you from looking for your next home, be sure to search the millions of listings on Homes.com. While you’re there, stop by our “How-To” section for all the advice and insights you need to buy and finance your home. 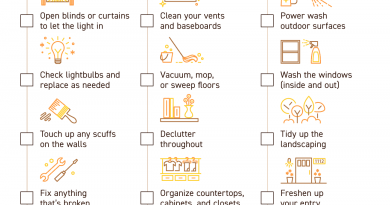 Your Checklist To Get Ready To Sell [INFOGRAPHIC] 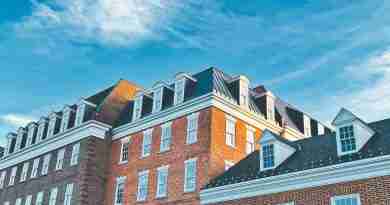 This was a Spring for Housing Market Extremes 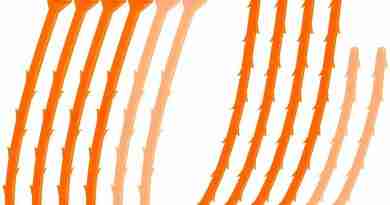