The clock is ticking down on the Centers for Disease Control and Prevention (CDC) eviction moratorium, spurring uncertainties about the rental housing market once it finally lifts.

Based on the U.S. Census Bureau’s Household Pulse Survey, roughly 1.2 million households report a likelihood of evictions in the next two months, while landlords are fearful they may not be able to recover from their financial woes when the dust settles.

“Property owners are going to be feeling the effects of COVID-19 far beyond the tenants, and unfortunately in some of those areas that might lead to an uptick in foreclosures, which will ultimately lead to eviction anyways,” says Kevin Sears, broker/owner of Sears Real Estate in Springfield, Massachusetts.

Sears has managed a six-unit property since the start of 2020. Prior to the pandemic in January 2020, he tried to remove a troublesome tenant, who responded by withholding rent.

Pandemic-sparked court shutdowns and freezes on evictions exacerbated the issue.

It took months after the CDC’s moratorium extension in November to evict the tenant, but by that time, they left owing roughly $12,000, plus the court costs. According to Sears, the property owner he represents also lost approximately $6,000 of rent from his other tenants who withheld rent until the problematic tenant was gone.

While the eviction ban has offered some financial relief to tenants since the outbreak of COVID-19 in 2020, mom-and-pop landlords and property owners nationwide have been shouldering the burden of 15 months without rent payments during the pandemic.

According to Sears, the recent extension of the federally-backed ban on evictions is another blow to housing providers who are already hurting or, in some cases underwater, as they try to weather the storm.

“It is delaying property owners’ day in court where they can be made whole on the rent that is owed to them,” Sears says. “I just see this latest extension as another attack or deterioration of property rights.”

Federal officials appear to see the writing on the wall.

The issue caught the attention of U.S. District Court Judge Dabney Friedrich, who struck down the CDC’s ban on evictions in March after claiming the agency overstepped its authority.

However, the motion was stalled by an appeal filed by the U.S. Department of Justice (DOJ). The U.S. Appeals court ultimately ruled in favor of keeping the moratorium intact in June.

Later that month, five of the nine Justices voted to leave the evictions moratorium in place until July 31 following its extension. But Justice Brett M. Kavanaugh, who voted with the majority, acknowledged that the government overstepped with the ban, issuing an order saying the CDC would need congressional authority if it wanted to extend the moratorium.

The Supreme Court ruling was a letdown for industry groups pushing to get the ban lifted so landlords could start recovering in the rental housing market.

“Apartment owners and operators have continued good-faith operations throughout the COVID-19 pandemic and are still left shouldering $26.6 billion of debt not covered by federal rental assistance,” said Bob Pinnegar, president and CEO of The National Apartment Association (NAA), in a statement.

“Because the Court left the stay in place for only a few more weeks to allow continued rental assistance distribution, it is critical that those funds swiftly and efficiently flow to rental housing providers and their residents,” Pinnegar continued. “The CDC’s eviction moratorium is overreaching, damaging and unlawful, and NAA remains dedicated to fiercely advocating for the rental housing industry and housing providers throughout the nation.”

The National Association of REALTORS® (NAR) echoed similar sentiments, adding that the pandemic created a “devastating situation” for renters and housing providers nationwide.

“Today, mom-and-pop property owners—those who own four units or less—continue to look for ways to avoid evicting renters however possible, as these situations leave small housing providers without the steady rental income they need to pay their own bills and maintain their properties,” says NAR President Charlie Oppler.

NAR has pushed for the eviction moratorium to be tied to assistance so housing providers could maintain stability in the marketplace amid the rent halt. According to Oppler, NAR has also held that rental assistance funds should be paid directly to housing providers to cover bills for tenants struggling due to the pandemic.

Emergency rental assistance (ERA) was allocated to states to mitigate the financial distress for tenants and landlords. Still, the rollout has been slow in several states, straining landlords, according to Jaimie Conder, principal at Positive Results Property Management, a division of Keller Williams Realty Signature in Rockford, Illinois.

“I’ve sat down with one of our county offices to try and help them understand what we see on our end and to help them move their program along a little bit quicker,” Conder says. “The money is not coming as quickly as the owners or tenants need it.”

According to recent reports from the U.S. Treasury Department, roughly $1.5 billion in assistance for rent, overdue rent payments and utilities was distributed through May 31.

While the report noted that the assistance rollout in May showed signs of things ramping up, the amount only accounts for a fraction of the $47 billion approved by Congress as part of two ERA programs.

“I believe the funding is a good thing; I just think that it’s been done poorly,” Conder says. “At the end of the day, if landlords aren’t made whole or can’t come up with an agreement with these tenants, I think we are going to face another problem, and that’s going to be homelessness.”

Housing providers are looking for ways to avoid that outcome. Still, an uptick in eviction proceedings is likely to happen in the rental market, according to Preston Moore, a real estate agent with Howard Hanna in Gibsonia, Pennsylvania.

“If the tenant can pay, that’s fine, but if they can’t pay their rent, then they don’t pay, and the landlord—especially the mom-and-pop landlords—are the ones left holding the bag,” Moore says.

Moore, who also owns rental properties in Pittsburgh, suggests landlords haven’t had the same reprieve from financial obligations as tenants have, which has added to their challenges to survive during the pandemic.

“The problem with the small landlord is that there is no one out there to help them; therefore, they are supplementing the shortfall in rents with maybe their income or their Social Security,” Moore says. “For that tenant that is behind $20,000 in rent in California or New York, where is that person that has a basic job going to be able to generate an additional income to pay their landlord back?”

He anticipates that most tenants who are months behind on their rent won’t be able to pay their back rent, leaving many in danger of being evicted, which may also leave landlords worse for wear. 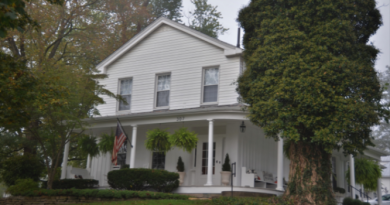 How Long Should a House Sit on the Market Before Selling? 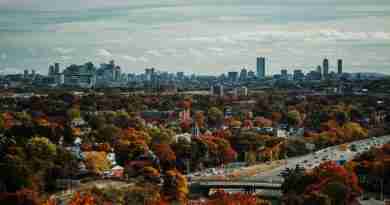 The 7 Most Beautiful Places in Boston According to the Locals 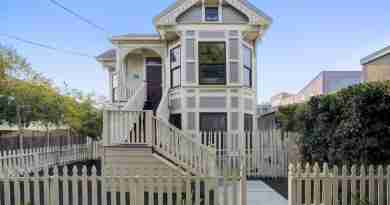