Skip to content
Home Imported Real Estate
January 29, 2022January 29, 2022 Content Feed buyer, home, house, money, real estate, seller, selling
Owners of split-level homes often fall in love with the benefits of multi-level living, making it hard to remember why split-level homes can be harder to sell. You enjoy blissful separation between floors, allowing the family to keep the peace. With many split-levels offering a downstairs bedroom, it’s the perfect setup for roommates or multi-generational families living together. And the efficient stacking of floors can mean that your yard is larger than your neighbors’.

However, as you gear up to sell a split-level home, it can take longer to attract a buyer. That’s not to say that your home won’t sell or that it’s even guaranteed to be a difficult process. Honestly, it depends on your location and other factors beyond whether you own a split-level, such as what kind of shape the home is in and how dated it is. Here’s what several real estate experts believe to be the current perception of split levels among today’s buyers, and what you can do about it.

When it comes to split-level homes, buyers tend to judge a book by its cover and don’t always like what they see. The common combination of brick and earthy tones on top of the boxy figure can scream dated, which makes sense as split-levels tend to be older.

The building style became popular in the 1950s and 1960s, then snowballed in the 1970s to represent a large portion of new builds and in some cases, entire subdivisions of homes before tapering off in favor of ranch and two-story styles. The split level’s associations with the Disco Era and lack of curb appeal can be a mental blocker to even getting buyers to take a second look.

This was the experience of Kyle McCorkel, an investor based out of Harrisburg, Pennsylvania, who bought a split-level house as his first-ever flip six years ago. As he recalls, it wasn’t an easy sell. Most of the comparable houses in the neighborhood were selling within a few weeks, even if they weren’t in great shape. McCorkel’s flip, which he says was in near-perfect condition, took about four months to go under contract.

“No one directly gave us bad feedback about it being a split level, but I think it scared a lot of people away from viewing the property in the first place,” he says.

Stairs seen as a hassle or hazard

Most split-level homes have two or three staggered floors, which is why they’re often called bi-level or tri-level homes. When entering a bi-level, there is usually a short flight of steps leading up to the living area, kitchen, and bedrooms, and another short flight going down into the basement, where there may be additional bedrooms or another living space.

For a tri-level, the main floor usually houses the kitchen, dining room, and living room, with another short set of stairs leading to bedrooms on an upper level. The multiple sets of stairs in a split-level home can pose an accessibility challenge for older residents or those who have mobility challenges. Those buyers will likely choose a ranch-style home with no stairs.

Speaking of stairs… split levels are known for having a set of steps that jut into the entrance. This arrangement makes it difficult to create any type of staging area for kids to take off their shoes and store their coats. And when company comes over, you don’t have much room for initial greetings or goodbyes without bumping elbows. As demand for mudrooms and ample storage continues to grow, the crowded foyer is increasingly a difficult sell.

Split-level homes may have a lower appraised value to a non-split level of the same size. That’s because in some parts of the country, the appraised value is based on the price per square foot, and any square footage that is considered “below grade” (below ground level) may only be worth around 50% of the price per square foot than the rest of the house. This can cause buyers to question the value of investing in a split-level long term.

“Because many split-level homes are built in hilly areas, the lower portion of the house is often below grade,” says Erik Wright, a real estate investor and owner of a home-buying company in Chattanooga, Tennessee. “Consequently, the appraised value of these homes tend to be less than a home with the same livable square footage that is entirely above grade.”

Due to their separated (and sometimes choppy) layout, split-level homes tend to have less natural light than those with an open floor plan, where the light can flood in unencumbered through the entire house. One report notes that some split-level homes only have one small window in each room and no windows on the sides of the home to let sunshine flow into illuminate hallways and living spaces.

Tips to sell your split-level home

If your split-level home isn’t generating the interest or offers you’d hoped for, it could be in need of a little TLC or some strategic changes to appeal to a wider pool of buyers. Now that you know some of the challenges to selling a split-level, follow these tips to make your house more marketable by highlighting its strengths and performing updates where needed.

The home office has eclipsed a short commute on homebuyer wish lists. In fact, research from HomeLight’s 2021 Top Agent Insights Report shows that the home office is the most desired home feature in post-vaccine society. And the divided nature of a split level lends itself nicely to a dedicated working space.

“Because bedrooms are typically separated more from the main living areas, remote workers will find less distractions and quieter workspaces with split-level homes,” says Robert Taylor, a property investor who has been rehabbing homes in the greater Sacramento area for more than 15 years.

As you prepare your split level for the market, clear out a room to serve as a tranquil home office. When in doubt, a desk with a glass top makes the room look bigger and pairs well with a stylish chair. Be sure to declutter the room and remove stacks of unsightly paperwork for staging purposes.

Open floor plans may be great for natural light and family togetherness, but the lack of walls can make it difficult to carve out spaces for privacy. With split-level homes, the bedrooms are often located on different levels, and there are typically dedicated areas for the living room, kitchen, and dining room.

Ginger Vereen Peters, a top real estate agent in Raleigh, North Carolina, believes that the open-concept floor plans that have been all the rage for so long are starting to fade in popularity. As buyers are looking for more private, specialized spaces to accommodate remote working and learning, she is seeing split-level homes making something of a comeback in her market. (In fact, Peters just bought a split-level herself!) Don’t be afraid to highlight the value of defined spaces in your listing in the context of recent events.

Many split-level homes have larger yards and better views, so one way to attract more buyers is to make the most of that space. You might consider adding a deck or patio — or improving or updating one that already exists — to create a desirable area for outdoor entertaining. “A good-looking deck can make your home the one buyers remember at the end of a long day looking at properties,” says Taylor.

Our research echoes that decks are worth 65% more than they were pre-pandemic. Post-vaccine, a deck adds an average $7,014 to a home, compared to the $4,252 that the feature added in value prior to COVID-19 as homeowners focus their attention on the outdoors.

One of the drawbacks of split-level homes is that with so many walls and separated spaces, you won’t see as much natural light. If your budget allows, you might consider having a skylight installed, which can cost anywhere from $958 to $2,403. A less expensive option is to install more light fixtures to brighten up shadowy spaces. Peters also recommends brightening things up by using a light shade of interior paint and installing new, light-colored carpeting or rugs.

Play up the bargain factor

Because split-level homes tend to have a lower appraised value, they can be more appealing to buyers because they can get the same livable square footage for a lower purchase price, says Wright, who is currently halfway through remodeling a split-level home that he purchased as an investment property.  “As an investor, I like split-level homes because I can purchase them at a lower price point while charging the same rental rates as other homes with similar livable square footage,” he explains. A first-time or budget buyer may also appreciate a split-level’s lower price point.

Give the stairs a refresh

You can’t get around it: Split-level homes require traversing multiple sets of stairs — but you can use those staircases to enhance your home’s aesthetic by adding a modern flair. For example, you might replace dated wood spindles with wrought-iron spindles, paint or stain wood steps, add a decorative banister, or paint the current one.

Spruce up your landscaping

According to HomeLight research, well-landscaped homes can net up to a 10% higher sales price. If the landscaping of your split-level home is lackluster, invest some money into sprucing it up. Trim the surrounding bushes and trees, mow and edge the lawn, add fresh mulch, brighten the entry with colorful flowers in planters, and consider adding some outdoor lighting to showcase all your hard work.

Given that most split-level homes were built in the 60s and 70s, the exterior often has a dated appearance. You can bring the home’s curb appeal into the 21st century by replacing the siding with more modern architectural panels and updating the lower facade with an eye-catching material like natural stone or stucco.

Weigh the value of bigger renovations

Peters has seen some homeowners opt to remove walls in a split-level home to combine the kitchen and dining room into one larger, more open space. However, doing a major remodel of a split-level home in an attempt to “fix” the floor plan can be challenging, warns Taylor.

“Moving walls or changing bedroom locations is very difficult because of how the home is constructed,” he says. “Instead, embrace the floor plan, but focus on modernizing and improving the aesthetics.”

Taylor notes that in the foothills, as much as 60% of the homes are split-level, as a lot of the properties are built on hillsides and sloped lots. But in the valley areas, homes tend to be more in the traditional ranch style. How quickly or slowly they sell is dependent on the area, he says.

“While some buyers may not like them, our split-level homes in the foothills sell just as quickly as traditional ranch homes, if they are in equally good condition,” he says. “However, in the valley areas, where our homes are typically ranch style, split-level homes may be less desirable. On the other hand, split level homes often allow for better views, and can be very appealing when there’s water or mountains to be seen.” 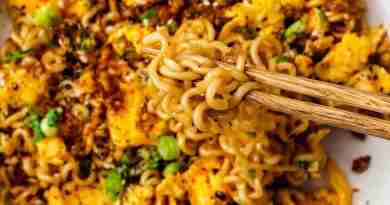 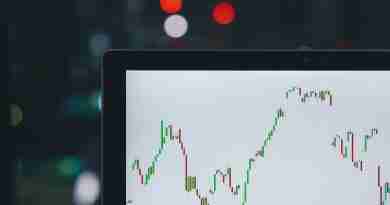 Inflation Could Affect Real Estate—but Will It? 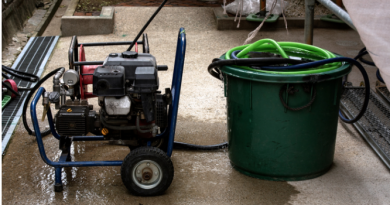 7 Steps to Power Wash a Deck Without Damaging It, According to the Pros