A dining room chandelier — the crown jewel of your home — convinced potential buyers to write an offer because they fell in love with it.

You’re only selling the house, not the chandelier, and don’t want to leave your treasured heirloom behind. But, if it’s considered a fixture when selling a house, the buyer could be correct in thinking your gem should glisten over their future family dinners.

We have done extensive research and interviewed top real estate agents Deana Corrigan from Doylestown, Pennsylvania, and Colleen Toner from Lynn, Massachusetts, about fixtures. Corrigan and Toner are both top-rated home sales experts, working with over 68% more single family homes than the average agent in their areas. Both agreed to share their expertise in determining what a fixture is, and all the things a seller should know before opening their home to potential buyers.

What is a fixture?

A  fixture is typically defined as an object that is physically attached to real property that would require tools to remove it. The way this item is attached is usually with nails, screws, bolts, adhesive, pipes or cement. A fixture is intended to become part of the property and not easily detached.

For example, a dishwasher that’s built into your kitchen cabinet would be considered a fixture. Compared to a portable dishwasher that moves freely and would be personal property that can roll off to your next home. For outdoor landscaping, trees that are physically planted into the ground are considered fixtures. Compared to potted plants that could be carried out without digging them up.

Sometimes there are gray areas if an object qualifies as a fixture or not, such as a wall mounted television. Because part of the TV bracket is physically mounted to the studs, but the television itself is held by other parts of that bracket extending from the wall. Corrigan explains, that is why TV brackets will often stay with the house and the television itself will be removed. Unless the seller decides to include both items as part of the sale.

The legal definition and the five tests of a fixture

In most cases, legally, a fixture is personal property that is attached to real property and becomes a fixture. How this is determined varies in each state and is usually spelled out in the purchase agreement.

“As a listing agent, we have to prepare a multiple listing service informational sheet once the property is on the market. And at that time is when all buyers and buyers agents assume, or have the understanding, that a fixture is anything that is built in or attached. In our purchase and sales agreement there’s also a paragraph that specifies fixtures,” Toner explains.

MARIA is an acronym that is often on real estate exams and referenced by many agents in helping to determine if an item is a fixture or not. The five tests below are useful in helping to clarify each situation.

M – Method of attachment: How is your fixture attached to the property? If tools are needed to attach the item to the property, then it’s typically considered a fixture.

A – Adaptability: Is the fixture an integral part of the property? For instance, a toilet that is bolted to the floor and not easily removed is expected to stay as part of the house.

I – Intention: When the object was originally attached was it supposed to be temporary or permanent? If the intention for the item was to be permanent, then it would usually be considered a fixture.

A – Agreement: Does the buyer and seller state the object is a fixture in their agreement? If both agree the item is a fixture, then it’s generally considered one.

What are the most common fixture misunderstandings?

What are the most common examples of fixtures? (Real property) – attached

What things are not considered a fixture? (Personal property) – unattached

What things can go either way? (Attached or unattached)

What if you want to keep your fixture?

Corrigan says that if a seller wants to keep their chandelier or other item that is considered a fixture, she recommends removing and replacing it with something else prior to putting the house on the market.

“What I basically tell them is anything they want to take that’s attached, take it down now, so no one sees it,” says Corrigan.

By doing this, the buyer won’t be expecting a particular fixture to be part of the sale. Corrigan also cautions sellers not to take everything nailed down and really consider what’s important to them. Because you don’t want to remove all the best features of your house and make it harder to sell. Also, if you decide to take certain items and it leaves a big hole (e.g.,no wood stove and only the ceiling pipe remains), the buyers might hesitate submitting an offer, knowing they have to buy a replacement.

Considerations when removing a fixture

Corrigan explains that if a seller wants to take a particular fixture, it should also be detached with care and not obvious that it used to be there. Otherwise, the buyer could ask for an entire room to be painted to match the touch-up paint from a TV bracket that was removed.

Another example is when a seller takes something unexpected and it prompts the buyer to request a replacement due to the damage left behind.

“They’ll take, say the door knocker off the front door, because they like it, and now you’ve got a door that’s got this big hole, and people are like, well, now you have to buy me a new front door.”

Also, while appliances like refrigerators, that are freestanding, could be removed, stoves are often left behind because some loans require that a stove be included with the house.

Excluding items is another way for sellers to keep their fixtures

If you don’t want to strap on your tool belt and remove your chandelier prior to the sale, then Corrigan recommends having an exclusion list as part of your agreement. This list includes every fixture that will be removed from the house so the buyer knows what stays with the home prior to making their offer.

In one example, Corrigan explains how a seller removed their $12,000 storage shed prior to the final walkthrough because they didn’t remember it wasn’t excluded and weren’t supposed to take it.

“Most of them haven’t sold a home in twenty years and so they don’t know how things have changed. In the old days, this wasn’t such a big deal, but today it is. We have seller’s disclosures that we fill out; we have a lot to go through with them, so they do even forget when we go through it. A lot of them will say, oh, I didn’t remember that.”

Some sellers think that buyers would really love the blue paint that they had on their dining room wall or that they could use their rakes that were in the shed. But at the walkthrough, if the buyer does not want those, then the seller is asked to have the cleanup crew come back and remove that or do a credit and then the buyer takes care of it.

How fixture disputes are settled

When both the buyer and seller are expecting to keep the same item and the written agreement isn’t followed, that could halt the deal and negotiations are often done at the table to resolve the issue.

“It gets, you know, ridiculous when you’re talking about a $500,000 home and they’re arguing over a light fixture. But normally, they’ll figure it out, maybe say, okay, we’ll take a thousand dollars less for the home and we want to keep that fixture,” says Corrigan.

Sometimes not removing a fixture, such as heating oil, could also be a costly mistake for the seller. In Pennsylvania, whatever fuel is left behind with the house is considered free at the time of settlement. Corrigan explains that even when $1,000 worth of oil is left in a fuel tank, if the seller fails to remove it in time, it becomes the buyer’s oil and they aren’t legally obligated to reimburse the seller.

Also, sellers can’t randomly decide to leave non-fixtures behind and shouldn’t assume the buyer will want to keep them.

“Some sellers think that buyers would really love the blue paint that they had on their dining room wall or that they could use their rakes that were in the shed. But at the walkthrough, if the buyer does not want those, then the seller is asked to have the cleanup crew come back and remove that or do a credit and then the buyer takes care of it,” says Toner.

If the buyer has to pay someone to remove unwanted items, they could ultimately take the seller to small claims court to get reimbursed. But according to Toner, it doesn’t escalate to that level and usually gets resolved amicably.

Toner also explains that sellers who didn’t realize they weren’t supposed to take a particular fixture will often correct the issue by either returning the item, providing a substitution or giving the buyer a credit. The credit essentially discounts the buyer’s closing costs by the value amount of the missing fixture.

Now that you know all the ins and outs about fixtures, you’re more prepared to move your chandelier with confidence and avoid the common pitfalls. Remember to carefully read your agreement, choose your fixtures wisely and be cautious when removing them. One of the best ways to ensure a smooth transition is to partner with a top agent that can help you sell your home. 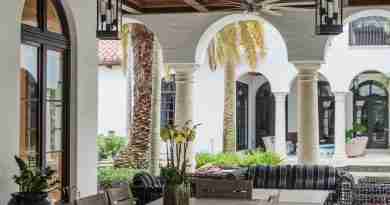 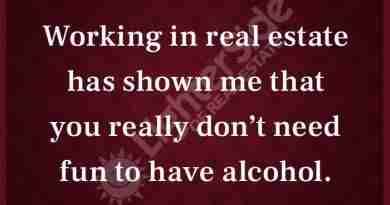 10 Real Estate Memes That Only Wine-Loving Agents Can Appreciate 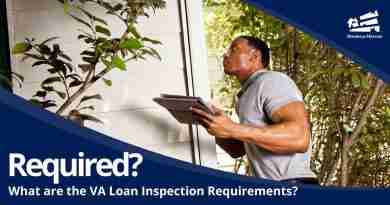 VA Loan Inspection Requirements | What You Need to Know