Skip to content
Home Imported Real Estate
September 26, 2021October 2, 2021 Content Feed community, property, question, real estate
The first thing that comes to mind when you think of stigmatized houses are ones that were the scene of a famous murder, or are otherwise reputed to be haunted. But it’s not just rumors of grisly deaths or spooky ghosts that can give a home a bad rap.

According to the National Association of Realtors®, a stigmatized property is “a property that has been psychologically impacted by an event which occurred, or was suspected to have occurred, on the property, such event being one that has no physical impact of any kind.”

Top real estate agent Byron Ford of New Bedford, Massachusetts, shares that he’s come across many stigmatized properties in his 17 years of experience. “I’ve sold houses that were stigmatized because somebody had died on the property, it was the former residence of a sex offender, and I’ve even come across the issue of a property possibly having ghosts, which is actually a home I owned myself!”

With insight from Ford, we’ll fill you in on everything you need to know about selling a stigmatized house.

What types of stigmas can a house have?

While there many reasons that a home may become stigmatized by the general public, these are the most common stigmas in residential real estate:

Will my home’s stigma impact its value during an appraisal?

Unfortunately, there isn’t a simple answer to the question of whether or not your home’s stigma will impact its value during the appraisal. Generally speaking, your home’s reputation isn’t a huge consideration for most appraisers.

“I’ve never had an appraiser who was aware of the rumors, so it’s never become a problem,” Ford shares. “I find generally with the appraisers that the appraisal is pretty much black and white. They’re looking at square footage, the neighborhood, comps, and other solid facts.”

Stigmas that have physically damaged the home may impact the appraisal

If the event or history associated with the stigma has physically impacted your home, the stigma may impact the appraised value.

For example, if your home was a former meth lab, toxicity issues may contaminate the property, making it dangerous to inhabit. Although not all former drug labs are documented, you can check your address at this site and contact your local law enforcement agency to determine if any dangerous chemicals were ever seized from the property.

If your appraiser is aware that your home was previously contaminated as a former drug lab, they may ask for documentation of your mitigation efforts. Or they may ask that you hire environmental companies trained in hazardous substance removal and cleanup.

In cases with properties stigmatized due to environmental issues, an appraiser may actually dock your home’s value due to those concerns. For instance, in a 2015 environmental stigma case in Pennsylvania: “the Pennsylvania Supreme Court upheld a property appraiser’s opinion valuing the contaminated property at fair market value minus 5% for environmental ‘stigma,’ which the appraiser described as ‘standard practice in the appraisal community.’”

Is a seller required to disclose stigmas about a home?

If your home is stigmatized for a reason that could pose a potential threat to your buyers, such as a former drug lab or an environmentally stigmatized property, you are obligated to disclose this information. This is especially true if you have ever been compensated by a company because of your home’s environmental stigma.

Depending on your state’s disclosure laws, you may or may not need to disclose other stigmas, such as rumors of ghosts or famous crime sites.

For example, in Texas, a 1993 amendment to Section 15E of the Texas Real Estate Licensing Act clarified that on-property deaths must be disclosed to future buyers. According to the amendment, Texas home sellers don’t need to disclose natural deaths or suicides, but they must disclose if a death in the home was caused by the condition of the property. While murder isn’t specifically mentioned, the language is written in a way that suggests that any murders in the house should be disclosed.

At the end of the day, it’s in your best interest to disclose any stigmas that you’re aware of, even if the stigma seems harmless.

“If a home’s stigma is common knowledge and I’m aware of it, I wouldn’t mention it in the listing, but I would disclose it at any showing so that I don’t open myself up to any liability,” advises Ford.

Disclosure is all about protecting yourself from liability in our litigious society.

Let’s say your home was made famous in a film. You were proud of that and maintained your home’s curb appeal to match its appearance in the movie. The new buyers find the constant traffic and photos from the film’s fan annoying and intrusive. If you didn’t disclose your home’s stigma, your buyers could sue you. They may not win, depending on your state’s disclosure laws, but you’ll still be on the hook for legal fees to defend yourself.

Will my home’s stigma make my home difficult to sell at a good price?

Again, the answer to whether or not your stigmatized home will be difficult to sell at a good price is: It depends.

“A stigma is largely irrelevant in regards to the price because any buyer that is worried about the stigma won’t buy the home, period. Buyers who are willing to buy a house with a stigma want the property regardless of reputation, so they’ll put in a realistic offer,” explains Ford.

If your home has a stigma due to an environmental crisis that is resolving but not entirely fixed yet, then you’ll probably have a difficult time selling your property for a solid price. However, in some of these scenarios, the entity that caused the environmental damage may be on the hook to reimburse you for any financial losses you incur on your home sale due to the environmental stigma.

For other stigmas, like those ghosts, pop culture fame, or even previous criminal activity, it is not likely to impact your home’s sale.

In some cases, you can actually use your home’s fame or infamy to market to increase the sale price. For example, the Lizzie Borden murder house sold for $2 million in Fall River, Massachusetts, partly due to the stories, rumors, and sensational historic trials associated with the murders that took place in the property.

Sometimes a listing can gain a stigma if it sits on the market and repeatedly drops in price. This signals to buyers that something is wrong with the home, your agent is inexperienced and priced the home incorrectly, or you are a difficult seller who insisted on listing your home at too high a price.

While this scenario can stigmatize your property, it doesn’t have to if you’re working with the right agent (or you simply decide to start listening to your agent’s pricing advice).

“Multiple price reductions don’t necessarily stigmatize a house. I’ve been in that situation with sellers, and generally, I’ve been able to justify any price decreases to potential buyers. I’ve never had price reductions turn off a buyer,” says Ford.

My house is in bad shape — does that make it stigmatized?

Deferred maintenance also doesn’t need to become a stigma that hurts your home value or ability to sell your home. There are ways that you can sell a home in poor condition as-is, or do a little light sprucing up to improve your chances of selling fast and for the most amount of money.

In fact, some buyers and investors are actively looking for homes in poor condition to flip for a profit. However, if your abandoned home is being used for illegal activity, that is something that could stigmatize your home or open you up for liability if you don’t disclose it.

Let’s say that vagrants, squatters, drug users, or criminals have started using your abandoned property for illicit activity. You decide to refurbish the house before selling, but while you’re in the process of remodeling, you see signs of continued vagrancy, or you discover that your building supplies are repeatedly stolen.

While many states don’t require you to report a single burglary or crime in your house, if you know that this criminal activity is a pattern on the property and will likely continue after the new buyer moves in, you need to disclose it.

True story: How one agent sold a stigmatized property

“My previous home was a 1908 property owned by Stephen and Sara Delano. Stephen was a direct cousin of Franklin Delano Roosevelt, and Stephen loved the house. When I purchased the home from Mrs. Delano, she told me that Stephen doesn’t like anything on his workbench. I poo-pooed the story, but one day, one of my construction workers asked why I had thrown all of his tools on the ground when he had left them on the workbench,” recalls Ford.

“Personally, I never actually experienced any ghosts in the house, but I did disclose the rumors to my buyers. They never sensed any ghosts either and they loved the property, so they bought it. And as far as I know, no ghost ever showed up. It’s now the mayor of New Bedford’s house.”

Stigmatized house? Let your agent help you decide how to deal with it

It’s not easy to admit to the stigma attached to your home when you’re trying to sell the property to interested buyers. As tempting as it is to keep the stigma secret, don’t.

You may just wind up hiding a fact that can lead to legal and financial liability down the line. You might also be concealing a fact or a rumored reputation that can actually help your home sell faster and at a better price. It may also turn out that the stigma your thought your home had was all just a bunch of rumors.

When you’re in doubt about whether or not to disclose your home’s stigma, don’t make the decision on your own — ask your experienced real estate agent.

“I’ve not really encountered any deals that didn’t go forward because of a stigma on a house, and a lot of times, the stigma is just false rumors,” advises Ford.

“Even if the rumors are true, when you’re selling a stigmatized house, the most important thing is to be upfront with your agent. If they take the time to do it right, a good agent can put the right spin on any stigma.” 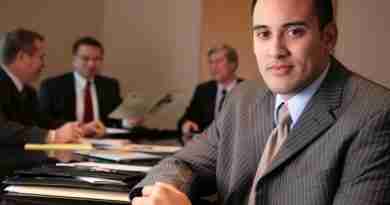 Everything You Need to Know about Real Estate Attorneys 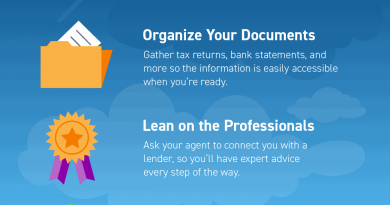 The Mortgage Process Doesn’t Have To Be Scary [INFOGRAPHIC] 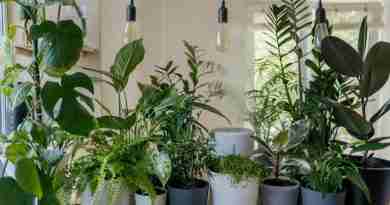 A Guide to Pet-Safe Plants: Decorate Your Apartment or House Without Worry