From classic cape cod and colonial-style houses, to Tudor and ranch style homes, there are many popular home styles that can appeal to every type of homebuyer. One such home style with a long history in metropolitan areas across the US is a row house.

With near-identical-looking facades lined up next to each other on street blocks, row houses are often found throughout highly populated areas. So if you’re looking to purchase a home in the city, a row house may be the right option for you. Before embarking on your homebuying journey, let’s walk through the historical characteristics of a row house and the intricate architectural details that remain today. 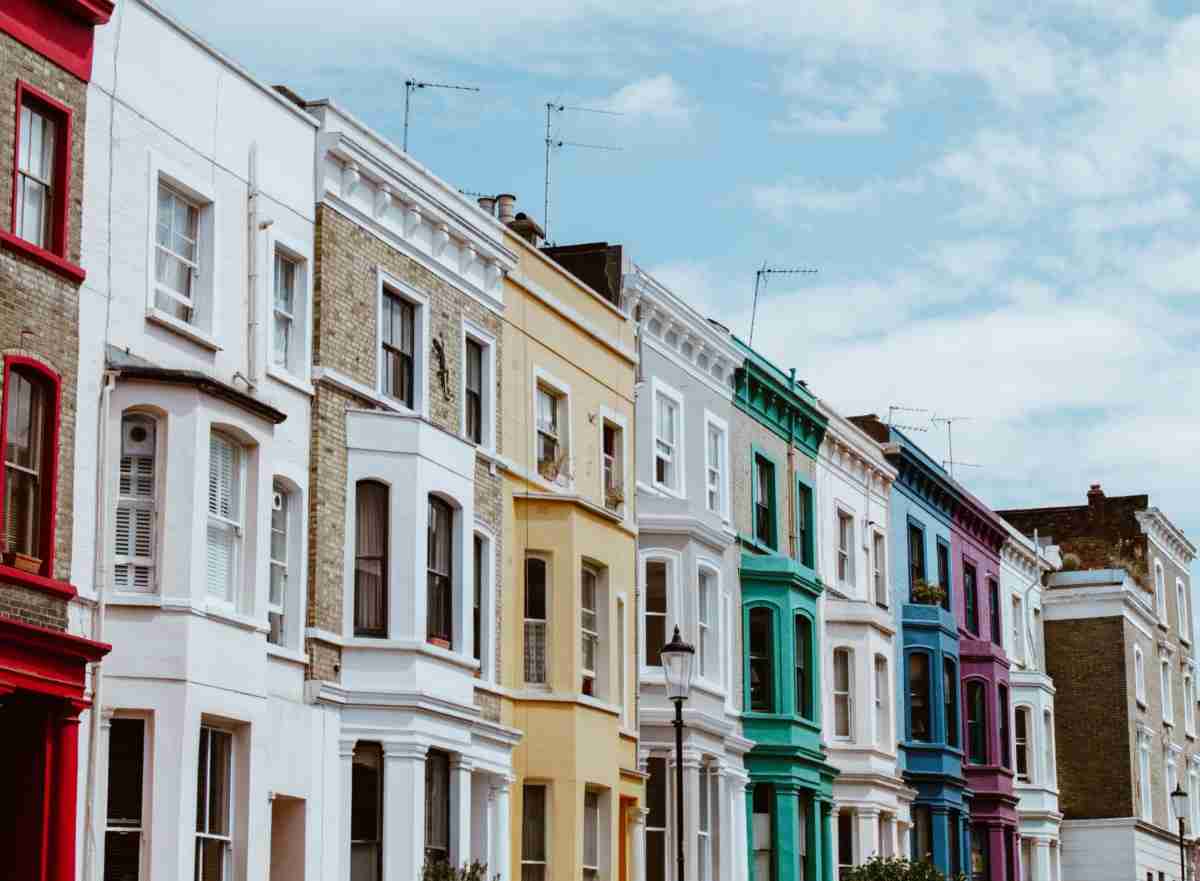 History of the row house style

Row houses date back to the 16th century and were first built throughout Northern and Western Europe This home style gained traction in the US during the early 1700s, particularly in Philadelphia, PA, where they were often referred to as “townhomes.”

During the 19th and early 20th centuries, row houses became an integral part of urban planning in New York City to accommodate a large number of middle-class workers. Row houses were also popularized in cities across the US like San Francisco, CA, and Baltimore, MD. Today, row houses tend to be located in cities’ historical districts, displaying the charm of a European city amongst modern high-rise buildings.

Where can you typically find row houses?

While row houses are mainly associated with larger and older US cities, you can find row houses scattered across the US – as long as you’re willing to search for them. Row houses are most commonly found in East Coast cities such as New York City, NY, Philadelphia, PA, Boston, MA, Baltimore, MD. However, row houses are also well-known in cities like San Francisco, CA, Chicago, IL, New Orleans, LA, and Washington DC. You may even find row houses in southern cities like Charleston, SC, or in the midwest.

Characteristics of the row house style

Row houses are characterized by their uniformity. They are low-rise buildings, typically two to five stories high. Lined up side by side, row houses share one or both walls with the neighboring homes and usually have shared rooflines. Typically, windows are limited to the front and back of the house. Row houses can have a variety of exterior facades – depending on the city, neighborhood, or architectural style. They may be painted bright colors or have brick and stone exteriors such as brownstone or greystone.

The interior of a row house tends to have a traditional layout. The living room is usually located in the front of the home, with a kitchen and dining room towards the rear. Bedrooms are normally located on the upper levels and some row houses may have basements and/or attics.

Originally intended to house one or two families, row houses can be converted into smaller apartment units to accommodate more individuals.

Across the board, row houses are most known for their uniform exteriors, large front windows, and stoops. However, there are countless styles of row houses popularized by different architectural movements throughout the years. The city of Baltimore, MD, alone, has 16 different kinds of row houses. Let’s take a look at 12 of the more well-known row house styles common in metropolitan areas throughout the US.

Georgian row homes are generally characterized by their brick exterior, two to three stories, and a street-level entrance. They are also commonly found in cities like Baltimore, MD and Philadelphia, PA. Features include large, symmetrical windows, a basement kitchen, and fireplaces on each level, excluding attics.

Italianate row houses are the most common style of architecture for brownstones. They are also a popular row house style throughout San Francisco, CA, Chicago, IL, and Brooklyn, NY. Features include round-top doors and windows, three or more stories, ornamental doorways, long windows, and may have colorful exteriors.

Romanesque Revival (neo-Romanesque) row houses were often built with mixed materials such as terra cotta, brick, or brownstone, making their exteriors unique. They are commonly found throughout New York, NY, and in St. Louis, MO. Features include tiled roofs, asymmetrical exteriors, and ornamental arches around doors and windows.

Beaux-Arts-style row houses have five stories, making them the tallest row homes. They are a popular row house style in cities like New York, NY and Washington D.C. Features include a low stoop, light-colored exterior, bay windows, and stone carvings, and a flat or mansard roof.

Lighter-colored exteriors characterize Renaissance Revival (neo-Renaissance) row houses. They are often found throughout New York, NY and Boston, MA. Features include two to three stories, detailed motifs such as fruits, florals, or wreaths around entryways and windows, and double doors.

The pros and cons of row house architecture

No matter what home you buy, there are pros and cons for every house style. For homebuyers looking to purchase a row house, it’s a good idea to know the basic pros and cons of owning one of these unique and charming house styles.

Row houses tend to be less expensive than single-family homes, so this can be a good option for first-time homebuyers. Since they are often located in cities, this may be a pro for homebuyers looking to purchase a home in a large city. Due to their location, you’ll likely be within walking distance from parks, attractions, and restaurants.

Unlike apartments or condos, row houses typically have more square footage without the price tag, meaning you may get more bang for your buck. Additionally, row houses require less maintenance as they don’t have a front yard and/or driveway. You’ll also have the charm of a historic property and a neighborhood filled with similar historic buildings.

Generally, row houses do not have a driveway or attached garage, which may not be ideal for car owners. In that case, you’ll have to rely on street parking, purchase a parking space, or sell your car and opt for public transit. Depending on your lifestyle, the lack of a front yard and small backyard may be a con, especially if you have pets, children, like to entertain, or simply enjoy outdoor space.

If you prefer your home to stand out from the rest, the uniformity of row houses may also be a drawback. Because your walls are shared with your neighbors, depending on the building material used to construct your home, you may hear your neighbors. Row houses typically have narrow stairwells, so keep in mind that furnishing the home may be difficult. Natural light may also be limited in row houses as windows are concentrated in the front and back of the home. 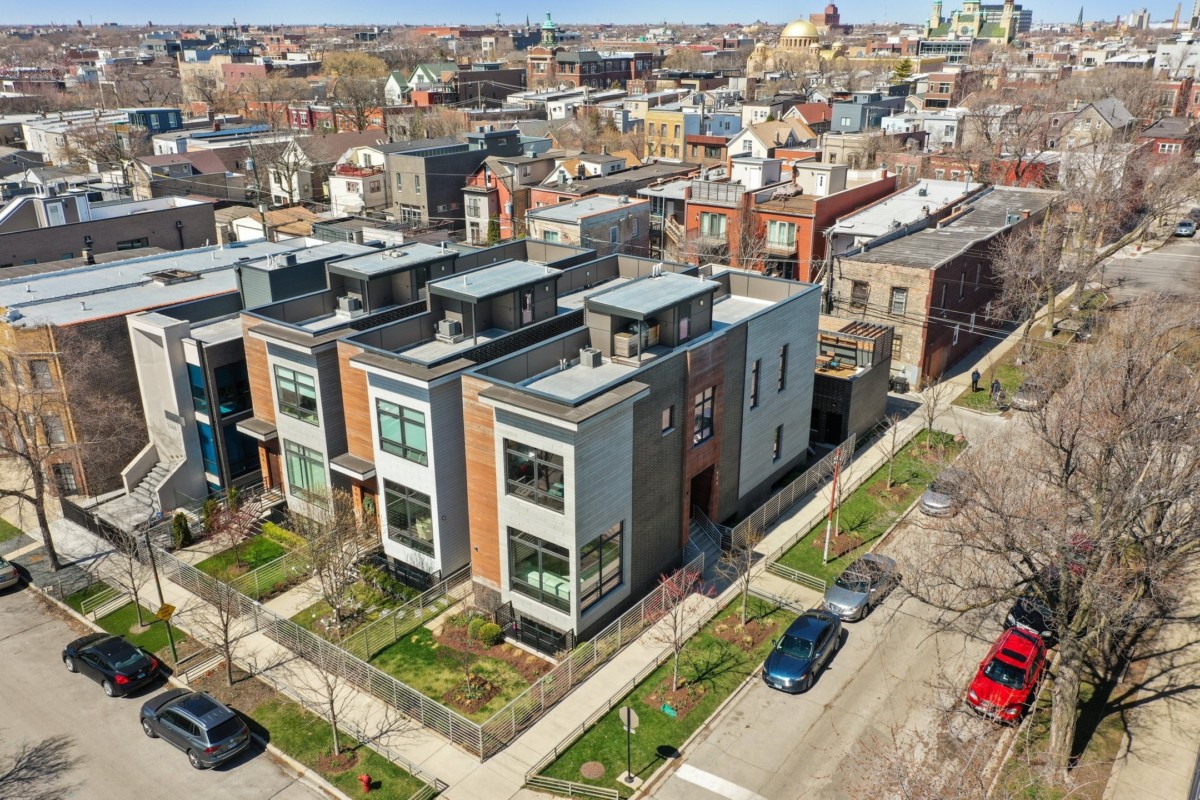 Are row houses the same thing as townhouses?

Row houses and townhouses are very similar, but are technically not the same. A townhouse is typically a multi-level home that shares one to two walls with neighboring townhomes, much like a rowhouse. Unlike row houses, they do not share roofs. Additionally, townhouses may have similar-looking exteriors but are not identical compared to rowhouses.

You’re likely to find townhomes in both cities and suburban areas. In the suburbs, townhouses may be built as part of a community that has its own homeowners association (HOA) fees covering maintenance of common areas. Row houses do not have HOA fees due to their lack of common spaces. If you’re looking for a row house style in a suburban area, you’re more likely to find a townhouse instead.

How to find row houses for sale in your area

If a row house is the type of home that you’re looking for, Redfin can help you find one in your city.

1. Go to Redfin.com and type into the Search Bar either the city’s name or the zip code, for example, Philadelphia, PA, where you’d like to begin looking for a house. Press enter.

2. Near the top of the next page, on the right side, you will see “More Filters.” Click on that and scroll to the “Keywords” box near the bottom of the page.

3. Type the word “Row House” or “Rowhouse” into the Keywords box, and press Apply Filters. There you have it! All row houses within the city name or zip code you entered will populate the page, and you’ll be able to begin your search. 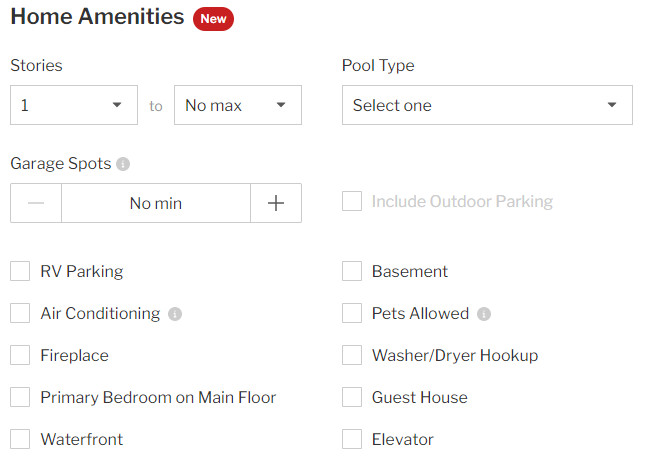 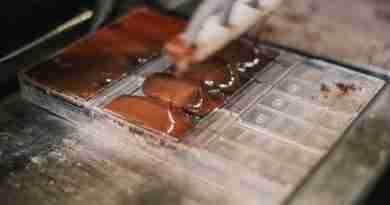 5 Reasons To Consider Minimalism For Your Home

5 Secrets to Keeping a Tidy House with Kids