An onset of heartburn can creep up for homeowners who’ve decided to sell their house when they realize getting it into pristine condition could cost a fortune. While no potential buyer would balk at a perfectly fixed up home, it’s unlikely to be in your best interest as a seller to completely overhaul the house from eaves to foundation. In fact, the National Association of Realtors estimates that most renovation projects only yield a 52% cost recovery. The reality is that some repairs won’t result in a worthwhile return on investment, so it’s imperative to have an experienced real estate agent to guide your approach toward the most important things to fix when selling a house.

Nevada agent Jason Mattson, who has 17 years of experience advising sellers on getting their homes ready for sale, explains that areas of the property that are outright broken and need fixing take precedence over what’s merely old and outdated. However, some items can wind up in a nebulous zone between broken and barely functional, and in those cases, Mattson advises prioritizing things that are the most visible to buyers.

The good news for sellers is that it’s often the simplest of fixes that can make the most difference in attracting buyers, sealing the deal and netting the biggest profit. Smaller ticket items like a fresh coat of paint, clearing yard debris and basic cleaning measures go a long way in keeping the bids coming versus your home being viewed as a fixer-upper. The following are repairs not to be missed.

Next to a burned down house, Mattson says that water damage tops the list of repair priorities.

“It’s probably the number one thing that would scare a buyer away from a property,” says Mattson. “It may be enough to cause a buyer to cancel for fear of the unknown even if it’s a relatively minor fix.”

Water is a powerful element that’s both life giving and destructive. While we like it flowing through pipes at the proper pressure, when there’s a minor or major leak, the damage can be considerable, from rot and mold growth to unsightly stains that don’t go away without extensive repairs. It’s also a common issue homeowners face with 37% having had to deal with loss from water damage and 98% of basements having water issues at some point.

Even if no damage has been done, be sure to fix any plumbing leaks that will certainly be a red flag in buyers’ minds.

Pet parents may love their fur babies but prospective buyers touring your home won’t love the smell of wet dog or cat pee. Cleanliness is a must when putting a home up for sale, says Mattson, and foul odors are a fast way to send buyers running for the door. Odor problems can come from other sources like smoking, cooking fumes, mold and poor ventilation. Regardless of the source, making your house smell fresh before showings will put buyers in the right mood.

Put the kitchen in working order

The kitchen is another high priority area for making necessary fixes. While buyers won’t realize at first glance that the refrigerator and oven don’t work, leaving broken appliances to be revealed during the inspection period isn’t a good idea, Mattson says. He explains that the kitchen is a central area in the home where people spend considerable time, and so buyers want to see the area look ready for occupancy. By fixing broken cabinets, replacing damaged countertops and making sure the dishwasher works, you’ll help interested buyers imagine themselves cooking a holiday meal or entertaining in their new kitchen.

Get HVAC and major appliances ready for move-in day

Trying to sell a home in the dead of winter with a broken furnace simply isn’t going to work out. Similarly, an out-of-order air conditioning unit in the summer communicates that the home isn’t move-in ready. While HVAC systems are big ticket items, Mattson advises getting them repaired before putting your house on the market. On the other hand, if they still do the job of heating or cooling but are older systems, he recommends not footing the replacement bill, as you’re unlikely to recoup the costs in the sale price. The same advice applies to a broken water heater. Most people don’t relish cold showers, but as the saying goes, if it ain’t broke, don’t fix — or in this case — replace it, unless it’s nonfunctional.

“They may not notice on their first tour of the property or when they’re making an offer that the AC and water heater don’t function,” says Mattson. “But they’re going to find out quickly enough, so if it’s broken I would replace it or fix it.”

There’s nothing quite like a fresh coat of paint, and in the business of home selling, it can do wonders for a home’s appeal without draining your maintenance fund account. Yet, painting is a top area that Mattson says sellers overlook when trying to get their home to sell. Whether it’s peeling paint, clashing colors in the bedrooms or a dingy looking top coat on the house’s exterior, spending just $1,500 to $2,500 can transform the overall look of the property.

Hiring professional painters who can also patch minor holes or defects in the walls is a simple step to make your house look even more appealing. A coat of paint with the right colors covers a lot — and when it comes to shopping for a home, buyers do judge the book by the cover.

Flooring can be a big ticket item, but it doesn’t have to be. Old, dirty carpet can be an immediate turn-off for buyers, so it’s advisable to either invest in professional carpet cleaning for minor dirt and wear or get the carpeting replaced if it’s in poor condition. For other types of flooring like hardwood, laminate or tile, making inexpensive repairs can help prevent an “ick” reaction from buyers without spending hefty amounts on full upgrades.

Spruce up the bathrooms

Scrupulously cleaned and fully functional bathrooms can help eliminate that lived-in look that you want to avoid as a seller. However, full bathroom remodels are pricey and should be avoided unless there are major issues. Be sure to fix faulty plumbing, toilets that don’t flush, sinks that don’t drain or shower fixtures that are loose or rusty.

Little investments like scrubbing grout, replacing a cracked toilet seat and bleaching mildew in the tub, especially in the primary bathroom, are well worth the effort.

Major electrical problems that could cause a structure fire or risk electrocuting occupants warrant emergency repairs. However, common electrical fixes cost little but will help put potential buyers at ease. For example, Mattson says a sagging, dust-covered ceiling fan can be replaced within a half-hour and for as little as $125 and will make the property look up-to-date. Similarly, making sure light fixtures are operational and sockets have covers are small details that can have an outsized effect on how buyers see your property.

The exterior of your home is the first thing that buyers will see when they visit. The overall curb appeal is very important and it’s relatively inexpensive to improve. Taking steps like clearing weeds, adding attractive greenery and clearing away junk can reap substantial benefits. Also,  it’s a sure bet that buyers will notice broken windows, ripped screens and a front door that looks like it’s been kicked in a few times, and make a beeline for the car.

Another first impression will come from your garage door. If it’s old and beat up with dents, or doesn’t function properly, it’s a good idea to consider replacing it. It’s estimated that a new garage door can grant an 85% ROI due to better security, curb appeal and energy efficiency.

Although Mattson advises against a major overhaul of the backyard because the new owners may have their own ideas of what they want to do with the space, he says to definitely get rid of trash, debris, weeds and clutter so that buyers can better visualize how they can transform the space.

When a buyer is looking at your home, they’re not jumping onto the roof before they make an offer. Those are things that come up after the fact, after the inspections, and renegotiations come from that point and sometimes come after that, but you’re probably not going to give as much as you would have to replace an entire roof. And if you replace that roof you’re probably not getting that value back out of the property.

Leave some items for the contingency period

A new roof is one of the most expensive items associated with homeownership and it’s not necessarily an expense you want to incur when you’re headed for the exit. Barring a roof that’s sprung a leak and can be patched relatively inexpensively, Mattson advises to hold off on a roof replacement even if it’s getting toward the end of its usable lifespan.

“When a buyer is looking at your home, they’re not jumping onto the roof before they make an offer,” Mattson says. “Those are things that come up after the fact, after the inspections, and renegotiations come from that point and sometimes come after that, but you’re probably not going to give as much as you would have to replace an entire roof. And if you replace that roof you’re probably not getting that value back out of the property.”

Similarly, other “invisible” items that are expensive fixes and won’t likely affect the offer you get, such as small foundation cracks, shouldn’t be on the repair schedule. Instead, if they come up as issues during the contingency period, you can save money by offering credits instead of fixing or replacing the items yourself.

Get a head start on addressing repairs required by law

There are some fixes you can’t avoid because they are required by law, but you can avoid extra fees by being ahead of the game. For example, Nevada requires water heaters to be equipped with earthquake straps, which Mattson says can be purchased at hardware stores for $15, versus the $125 it will cost to have your home reappraised after the straps are added if you didn’t have them the first time. Meanwhile, California sellers are required to remediate extensive termite damage. Requirements for other repairs vary by state, but most states mandate the presence of operable smoke and carbon monoxide detectors, so it’s smart to get yours added or tested before inspection day.

Deciding what needs to be fixed and what doesn’t can be one of the most stressful aspects of the selling process and the best thing you can do is work with an experienced agent who can determine what are priorities and what’s superfluous. Mattson recommends tackling repairs on items that are the most visible to buyers as ways to aim for getting a top dollar sale.

When working with a seasoned agent, sellers can expect someone who will explain the difference between what the property would likely sell for as-is compared to what it would sell for after the recommended repairs are made. In instances where there are major, lengthy repairs needed, or tenants still occupy the property, Mattson says it’s wise to delay putting the property on the market to leave ample time to get the house show ready.

Find a top-rated agent in your area now 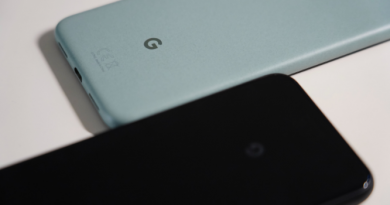 12 Tips for Selling a House in an Undesirable Location 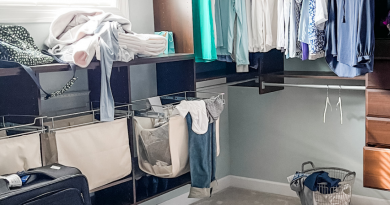 The Power of a Before and After