There are many popular home styles in the United States – contemporary, ranch, bungalow, English Tudor, Victorian, and log homes, to name a few. But no style has stood the test of time as the colonial house. With its defining symmetrical features and enduring curb appeal, the colonial-style house encompasses other architectural types, including German colonial, Dutch colonial, and Georgian colonial, among others. Take a look at the defining features of the colonial-style house and learn what makes this home style so popular today.

History of the colonial-style house

To locate the origin of the colonial-style house in the US, you must go back to when the Europeans first set foot on the Eastern seaboard. Arriving on the shores of Massachusetts late in the fall of 1620, the Europeans brought styles and designs from their past. During the 1600s-1700s, colonial architecture was quite common. If you’re planning a trip back East, you can see some of the original homes still standing today.

Characteristics of the American colonial-style house

When describing the American colonial-style house, as with any architectural style, it is important to remember that two homes of the same style, built during the same general period, can still be different. Those differences may be due to what specific building materials were available and whether a home is located in an urban, suburban, or rural area.

American colonial-style houses are commonly two stories, rectangular in shape, and symmetrical. The roof is steep and has a side-gable. The front door is centered, and there are usually windows on either side. On the second floor, above the entrance, there are five windows. All of the windows have matching shutters in a color that contrasts with the house itself.

These types of homes are typically built with stone or wood. They are often one room deep and several rooms wide. Today, many colonial-style houses have two rooms, have all bedrooms on the second floor, and boast an open entrance that is two stories tall. A centralized staircase is located in the entry, and on either side of the entryway is a formal dining room and formal living room. The kitchen and family room are located in the back half of the house. Additionally, one large fireplace or two smaller ones on either side of the house are common with this home style.

Colonial-style houses built traditionally, and even those built today, share some basic similarities: a two-story design, a steep gable or gambrel roof, and either a large, centrally located fireplace or two fireplaces, one on either side of the house. Also, they were often rectangular and had symmetrical, front-facing windows on both the first and second floors. But for all these similarities, each house reflects particular cultural nuances.

The New England colonial built by British immigrants along the east coast was rectangular and traditionally built out of wood. It had a large and central stone chimney, a steep and side-gabled roof, and was two stories tall.

German immigrants settled primarily back East, where winters were cold and stone was readily available. So, German colonial-style houses were originally built with thick, sandstone walls. The houses were symmetrical, had large, centrally located fireplaces, and an attic. The roofs were steep, gambrel style, and the windows were often framed by an arch.

In the United States, Spanish colonial houses are most often found in Florida and along the West Coast. This type of colonial stands out due to its stucco exterior and red ceramic tile roofs. Many Spanish colonial houses have arched entrances and windows and use wrought iron as a decorative accent for walkways, fences, and gates. This makes them a good fit for warmer climates.

The Dutch were known to be great masons. Many of the early Dutch colonial houses were constructed out of brick or stone native to the area. The gambrel roof that is commonly associated with this style of a colonial house is a newer, more modern take on the style.

The Georgian colonial style was named after the King Georges of England and made its way to America with the colonists. The design, and overall style of the Georgian, are one of symmetry and formality, both inside and outside of the house. A Georgian colonial is either a square or rectangular-shaped building with the front door centered between two windows on either side. This style of house is usually two stories tall. The more formal rooms, such as the dining room and living room, are situated in the front of the house while the kitchen and family room are in the back. Georgian colonial houses were very popular along the Eastern seaboard, and they continue to be a popular design in new townhouses and suburban homes today.

French colonial houses tend to have wide overhangs that are hipped or side-gabled, with sharply pitched roofs. They have many door and window openings and wrap-around porches. Often, there is a “French” door in every room that leads to the outside. The French colonial can be seen in areas of the United States with a historically strong French influence, such as Louisiana. New Orleans, LA, has many houses and buildings that were made in French Colonial style.

Where can you typically find colonial-style houses?

These houses have stood the test of time and are still very popular and well-loved today. They can be found pretty much everywhere on the housing market, but the area with the greatest concentration of colonial houses is in the Northeast.

The pros and cons of colonial-style architecture

Every style of house has its own set of pros and cons. And even though the colonial style has been popular in America for over four hundred years, it’s good to view a home’s basic architectural style in light of your family’s needs.

Colonial-style houses usually boast a lot of square footage, and due to their two-story design, they can accommodate large families. Many of them have four bedrooms on the second floor.

The overall shape of the colonial house is simple yet classic, often boasting a formal dining room, a formal living room, and a family room. Due to the compartmentalized nature of the floorplan, the individual rooms are smaller than those in a home with an open concept floor plan, and they provide more privacy. They also have excellent curb appeal, often greeting guests with a stately façade, complete with columns and multiple windows placed in symmetry with each other.

“Homebuyers feel the symmetry of the windows and shutters, the front door right in the center, adorned with the white pediment above it, and the parallel columns on each side, contrasting with the red brick, make this house look very grand when compared to other homes. Also, the space inside is very well planned out. The ceiling is high, which makes the house feel very spacious.” Liliana Perez, Redfin Agent, Dallas, TX.

While some may prefer the timeless and classic look of the colonial house, the stately style can be too formal if you’re looking for a more casual, modern feel and open-concept floor plan.

The two-story design is not ideal for families with small children or those with aging or elderly family members due to the potential dangers of navigating a full staircase. And because of the two-story design, most colonial-style houses have 8-foot ceilings, which could be a con for homebuyers who prefer skylights or ceilings that are nine to ten feet tall.

Another possible drawback to the colonial-style floor plan is that the centrally located staircase could be in the way should you ever decide to renovate the home. Due to the design of these homes, colonial-style floor plans are boxy and have rooms that are closed off to other parts of the house. For instance, the living room may be on one side of the front door while the dining room is on the other side, and the kitchen is in another area. However, part of the charm of the colonial-style home is its simple, straightforward design. Colonial houses are well-known for their symmetry, and for those looking for a home that allows for easy modifications, this may be the style for you.

How to find colonial-style houses for sale in your area

If a colonial-style house suits your style, Redfin can help you find one in your area. It’s as simple as:

1. Go to Redfin.com and type into the Search Bar either the city’s name or a zip code, for example, Boston, MA, where you’d like to begin looking for a home. Press enter.

2. Near the top of the next page, on the right side, you will see “More Filters.” Click on that and scroll to the “Keywords” box near the bottom of the page.

3. Type the word “Colonial” into the Keywords box, and press Apply Filters. Voila! All colonial-style houses within the city name or zip code you entered will populate the page, and you’ll be able to begin your search. 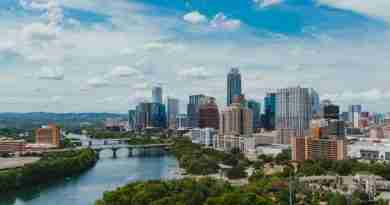 Moving to Austin? Capture Your New City With These Picture-Perfect Photo Spots 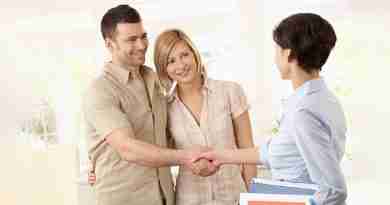 Selling Your Home? Make Sure to Ask These Questions Before Choosing a Real Estate Agent 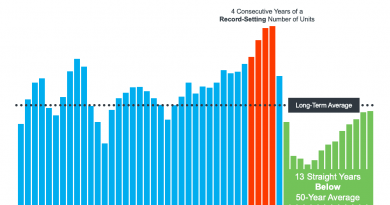 Buyers Want To Know: Why Is Housing Supply Still So Low?