Dog lovers (some think of them as ‘owners’—but, depending on how protective the breed, it’s not entirely clear who owns whom) would likely be interested in rover.com’s 2021 list of the most dog-friendly locales. For the record, Denver was rated #1, with Orlando and Anaheim close behind.

The subject of real estate and canines came up frequently on the weekend telecasts of dog showdom’s annual spectacular—the 145th annual Westminster Dog Show. ‘Wasabi’ the Pekingese’s victory was televised from a humongous tent in Tarrytown, NY, instead of its traditional Madison Square Garden setting. The venue change was prompted by the pandemic.

According to a Harris Poll, Westminster’s relocation was echoed by many a canine’s family, which has chosen to pick up stakes. The pollsters report that more than 1 in 10 Americans say they’ve moved in the past year in what Zillow calls “the Great Reshuffling.” Rover.com makes the case that many pet parents chose destinations that will make their pets happy. Denver certainly fits the bill with its “plethora of parks, dog-friendly restaurants, and breweries.” Although they point to the city’s “specialty dog bakery” as the clincher, they undercount the actual achievement: Denver boasts three of them: Three Dog Bakery, Biscotti Hound Dog Bakery, and Two Pals and a Pup (which offers ‘pupcakes,’ ‘tummy yummy birthday bones,’ etc.).

Your area may not be able to match Denver in the proliferation of doggy bakeshops, but local sellers whose properties boast features like invisible fences, pet doors, and proximity to parks are acknowledging one of the era’s noticeable trends: a growing appreciation for man’s best friend. As one March real estate survey reported, it’s a trend with measurable consequences. Last year, homes sold five days faster than expected “when the listing mentioned a fenced yard.”

Pet-friendly features are definitely worth noting, but lest the tail wags the dog, they are only one of many consequential factors. When it’s time to sell your own property, partnering with a knowledgeable Realtor® should come first. 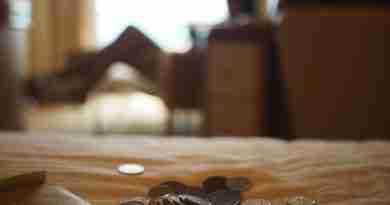 Has Home Affordability Disappeared for Good?