The 2020 Summer Olympics are finally here. While the coronavirus pandemic delayed the games by a year, the time has come for thousands of athletes from around the world to gather in Tokyo and compete for their countries.

Since the games began in 1896, a total of 23 cities from 19 different countries have had the exciting opportunity to host. So in the spirit of the 2020 Olympics, let’s take a look at three cities in the United States that have previously hosted the Summer Olympic Games. From the bright lights of Hollywood in Los Angeles, CA to the southern charm of Atlanta, GA, read on to learn about the history of the games and what each city is like today.

The 1904 Olympics held in St. Louis, MO marked the third edition of the games and were the first games to be held outside of Europe. These were also the first games where bronze, silver, and gold medals were awarded to third, second, and first place winners, respectively. The games lasted over four months and were held at what is now Francis Field located on Washington University in St. Louis’s campus. Additional Olympic events were held at nearby venues such as Creve Coeur Lake and Glen Echo Country Club.

If you are looking to move to St. Louis, you’ll quickly learn that this is a city filled with tight-knit communities, small city charm, and lots of attractions to keep locals busy. The current median sale price is $219,000 with a Walk ScoreⓇ of 65. When in St. Louis be sure to pay a visit to the iconic Gateway Arch to see amazing city views; take a stroll through Forest Park, an urban park with 1,300 acres filled with ecosystems, forests, and lakes; or catch a Cardinal’s game at Busch Stadium. Popular neighborhoods include Central West End, Downtown, and Lafayette Square.

While Los Angeles is known as a tourist destination for entertainment, beaches, and amusement parks, it is also a great city to call home. With one of the largest metropolitan areas in the United States, LA has a median sale price of $937,500 and a Walk ScoreⓇ of 68. Neighborhoods worth checking out include Hollywood, Silver Lake, Santa Monica, or El Segundo. While in LA, be sure to make your way to the Venice Beach Boardwalk for some crisp ocean air, pay a visit to the Getty Museum to see beautiful art exhibits, or travel up to Griffith Observatory for city views.

Known as the Games of the XXVI Olympiad, the Atlanta Summer Olympics marked a momentous occasion in Olympic history. The 1996 Summer Olympics celebrated the centennial anniversary of the Games’ founding in 1896 in Athens, Greece. The games were held at various venues throughout Atlanta, including Centennial Olympic Stadium which housed the opening and closing ceremonies, Centennial Olympic Park which served as a gathering place for visitors to enjoy food, live music, and entertainment, and the Georgia Dome originally designed for the Atlanta Falcons.

With a median sale price of $407,150 and a Walk ScoreⓇ of 48, Atlanta is a bustling city filled with multiple parks, walkable neighborhoods, and a fairly young population. Notable neighborhoods include Midtown, known for its art and historic buildings, Atlantic Station, which is a great place for families, and Morningside-Lenox Park, an area accessible to many farmers’ markets, parks, and downtown. While in Atlanta, be sure to check out the Georgia Aquarium, home to thousands of different species of marine life, Stone Mountain Park for stunning mountain top views, and Mercedes-Benz Stadium to catch an Atlanta Falcons game.

*Walk ScoreⓇ and median home sale prices as of July 23, 2021. Information deemed reliable but not guaranteed. Redfin recommends consumers make informed decisions, and perform their own due diligence about each community. 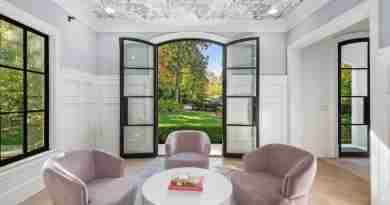 Most Popular Paint Colors to “Swatch” Out for in 2022 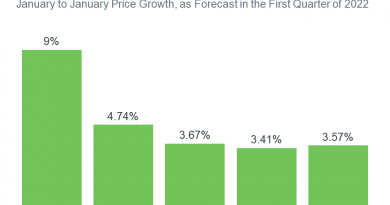