Did you know that there were an estimated 1.4 million fires in the United States in 2020 alone? Of those fires, 26% occurred on residential property and are responsible for 74% of civilian fire deaths and 76% of civilian injury? On average, firefighters across the country are responding to a home fire every 89 seconds!

Pretty scary, right? But as terrifying as those numbers can be, homeowners still may not be familiar with how smoke detectors work, local regulations, or what’s required for a real estate transaction. Real estate agents are often asked, “Are smoke detectors required when selling a house?”

What should I know about smoke detectors before I sell my home?

We asked one of Massachusetts’ top selling real estate agents, Nelson Zide, to weigh in on this topic.

In Massachusetts, it is required by law that every seller must provide a passed smoke detector certificate from the local fire department.

So, how do you know if you live in a state where smoke detectors are (or are not) required when selling a house? Keep reading and we’ll shed some light on that and more. When it comes time to put your house on the market, you’ll have a better understanding of this topic for a smoother sale and a safer home.

What are the different types of smoke detectors?

Did you know that there’s more than just one type of smoke detector? Homeowners can choose between an ionized smoke alarm or a photoelectric smoke alarm.

Ionized smoke alarms have electrodes inside the unit that creates low-level electrical currents and continuously send those currents through ionized air. Should there be any smoke particles in the air, these smoke alarms can detect the disruption and the alarm will be triggered. Since these detectors can pick up small, hard-to-see fire particles, these alarms are ideal for responding to flames.

Photoelectric smoke alarms use a light sensor and light beam to detect smoke. When there’s a fire, the smoke particles will cause the light beam to scatter and some of that redirected light hits the sensor and causes the alarm to go off. These alarms are able to pick up visible fire particles and are better for responding to smoldering fires.

Combination smoke and carbon monoxide detectors can detect house fires, but the alarm will also be triggered when carbon monoxide gas in the house reaches an unsafe level.

Note: It’s strongly recommended that you choose devices that can be connected to each other. If a home has interconnected alarms and there’s a fire, when one alarm goes off, all the alarms will go off.

How are smoke detectors powered?

Roughly two thirds of house fire related deaths occur in homes that either doesn’t have smoke alarms or the smoke alarms aren’t working properly. So, when you’re choosing a smoke alarm, you’ll have to choose between battery-operated alarms or ones that are hardwired into your home’s electrical system.

Hardwired smoke alarms are going to be more reliable because they’re connected to your home’s electricity. In the event of a power outage, these smoke alarms usually have a backup battery so you’ll still be protected.

Regardless of the power source, you should test the alarm every month to make sure they’re functioning properly.

What are the smoke detectors requirements in your area?

When it comes to fire safety, the National Fire Protection Association’s NFPA 72 (National Fire Alarm and Signaling Code) requires that there be a smoke alarm located both inside and outside of every bedroom in the house, as well as on each level of the home (including the basement and attic). With that said, this is merely a recommendation and the actual legislation is determined by the state and local legislative bodies.

You can read up on your state’s smoke alarm laws by selecting your state from the drop down menu on the Universal Security Instruments, Inc. website. Some laws also include carbon monoxide alarm requirements, which is outlined on the National Conference of State Legislatures website.

It’s important to note that some state laws are more detailed than others. For example, California follows the NFPA recommendations pretty closely. Homes in California must have a smoke alarm in every sleeping area, in a hallway where there are multiple bedrooms adjacent to one another, and at least one smoke alarm on every level. Many states are less specific and simply state that smoke alarms are required in a residence. Then you have states like Alaska that tell you to refer to local laws for smoke detector requirements.

What are my smoke alarm point of sale requirements?

In Florida, the State Fire Marshal requires that “all new homes and some communities have local ordinances requiring that they be installed upon the sale of existing homes.”

In Louisiana, as of January 1, 2011, “all existing one and two-family dwellings at the time of sale or lease, shall contain, at a minimum, an operable ten-year, sealed lithium battery smoke detector.”

In Maryland, their regulations go so far as to outline specific rules for homes based on when the building was constructed:

Are smoke detectors required when selling a house? YES!

As the seller, it is your duty to make sure the house is safe for whoever purchases your home. During the home inspection, the inspector will take note of whether or not you’re adhering to local fire safety regulations. If your home doesn’t meet fire safety standards, that will likely be a repair that you’ll have to address prior to closing.

Even if you’re going to sell your home “as is” or use an online cash buyer platform like HomeLight’s Simple Sale, it is typically mandatory that homes have working smoke detectors (and some states also require carbon monoxide detectors).

When it comes to selling your house, it isn’t enough to just have one or two smoke detectors. In order to receive a certificate of occupancy, you generally have to make sure your home complies with fire safety regulations and is up to code. For one less thing to worry about, Zide says, “Always check with your local fire department to make sure your house is up to code!”

When selling a house, you don’t have to figure out everything on your own. HomeLight has made it easy to connect with top local real estate agents through our Agent Match platform. Tell us a little bit about your selling goals and property type, and we’ll introduce you to a few great candidates. An experienced top-rated agent can provide expert guidance on what your home needs to sell quickly, smoothly, and for the best price.

We analyze over 27 million transactions and thousands of reviews to determine which agent is best for you based on your needs. 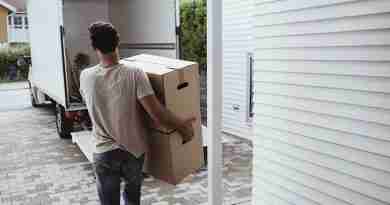 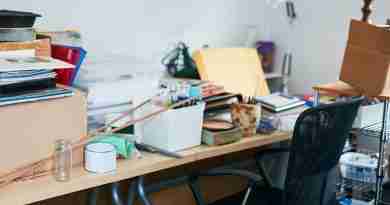 Keep Your Desk Clean with These Tips The Benefits of a Diabetic Alert Dog