Ham is a fast favorite during the holidays and it’s obvious why: it’s super simple to make, juicy and delicious, and possibly the most impressive main dish. A glistening glossy ham is a thing of true beauty. This year, instead of buying an expensive ready-made one, make your own mind-blowing char siu inspired honey baked ham instead.

If you’ve never glazed your own ham before or if you’ve only ever eaten dry ham, you’re probably wondering why I think ham is so delicious. Trust me when I say a perfectly glazed ham is just the right amount of salty balanced with sweet, with full hammy flavor.

Ham is everything right in the world, at least at the dinner table. Thanksgiving this year is looking a little different so maybe you’re not making a whole turkey, but who’s to say you can’t make yourself a ham?! Ham comes in all shapes and sizes making it perfect for a little pandemic honey baked ham holiday cheer.

What is honey baked ham?

Simply put, honey baked ham is a ham baked with a honey glaze. A juicy, fully cooked ham is glazed with honey and spices and baked through until warm and cozy and lacquered with sweet honey goodness. It’s the perfect easy show-stopping centerpiece for any dinner celebration.

Honey baked ham also happens to be the name of a super popular ham purveyor that sells honey baked hams, but you can easily make your own at home without shelling out the big bucks.

How to make honey baked ham:

Why this honey baked ham?

Classic honey baked hams are delicious but if you’re going to take the time glaze your own ham, then it’s your chance to shine and get creative! Originally I was going to make a brown sugar bourbon apricot glaze but Mike made a comment about how he thought I was going to char siu the ham and this is the beauty we came up with!

Honey baked char siu ham is a perfect balance of sweetness and umami thanks to a combination of brown sugar and honey, a splash of soy sauce, hoisin sauce, and a hint of five spice. Seriously SO GOOD.

In case you need more convincing

If you love the sweet and smoky flavors of Chinese char siu, you’re going to love this char siu inspired ham. You’ll need: brown sugar, honey, hosin sauce, soy sauce, Shaoxing wine, five spice, white pepper, garlic, ginger, and a spiral cut bone in ham. The glaze is so addictive and full of umami you’re going to want to save the extra (there will be extra) to serve alongside the ham!

We’re going with a combination of brown sugar and honey so the brown sugar can add dark caramel notes while the honey adds light golden notes.

Hoisin sauce is a thick, sweet brown Chinese sauce that’s used in marinades and as a dipping sauce. It’s super flavorful: sweet and savory, tangy, and full of umami. They pretty much sell hoisin everywhere now, from Target to your basic grocery store.

This is the secret ingredient that all your Chinese food needs to taste like restaurant style Chinese food.
Shaoxing wine is a rice wine  that’s lightly sweet, nutty, earthy and complex. It’s optional for this recipe, but it’ll be 10 thousand times better if you get it. They sell it online and in Asian grocery stores.

If you want a savory char siu, don’t forget the five spice. Five spice is Chinese spice mix made up of star anise, cloves, cinnamon, Sichuan peppercorns, and fennel. It’s full of warming spices that are super reminiscent of classic ham spices like cloves and cinnamon.

If you don’t have white pepper, don’t sweat it, but if you do, use it here. It’s more fragrant, delicate, and floral. It adds pepperiness without overwhelming.

Did you know that there’s a company that sells fully cooked and glazed honey baked hams? If you want to make a copy cat ham, just make a glaze, cover with foil and bake at 325°F until warm, then add a sugar rub and torch it so it brûlées.

YES! Bone-in ham has more flavor and is much more juicy than boneless.

Generally, both bone-in ham and boneless hams are sold fully cooked. Just take a look at the package and make sure it says fully cooked or ready to serve.

If you’ve never bought ham before, you might be wondering, what is spiral cut ham?! Spiral cut ham are hams that have been cut in a spiral shape making it super easy to carve off the bone. They’re really pretty because the slices fan out nicely. Spiral hams can be both bone-in and boneless. Go for bone-in be cause it’s super juicy.

How much ham per person

What to serve with honey baked ham

How to reheat honey ham in the oven

The best way to reheat honey ham without drying it out is to bake it at a very low temperature. Place your ham in an oven safe dish and give it a couple of spritzes of water or add 1 tbsp to the dish. Cover with foil and bake at 275° until warmed through.

How to reheat honey ham on the stove

Heat a skillet over low heat and a bit of oil or butter. Add a slice of ham and a teaspoon or two of water and warm over low until heated through, flipping once.

What to do with leftover honey baked ham

I love leftover ham! Try it in:

Happy hamming I really hope you try this ham because it’s honestly the best ham I’ve ever made!

This char siu inspired honey baked ham is a perfect balance of sweetness and umami thanks to a combination of brown sugar and honey, a splash of soy sauce, hoisin sauce, and a hint of five spice. Seriously SO GOOD. 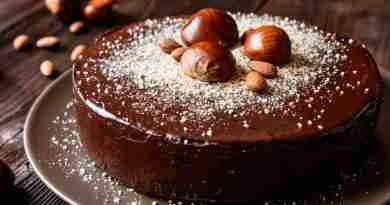 Healthy Baking Swaps Everyone Should Know 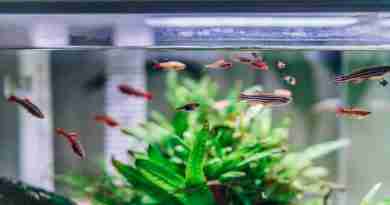 Home Aquarium Ideas Perfect for your House or Apartment 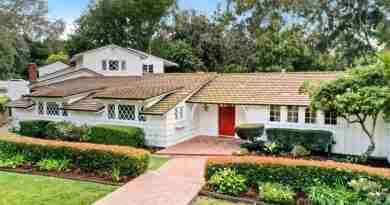